Last night I attended an event where Alexandra Fuller discussed her new memoir, Leaving Before the Rains Come.

Don’t Let’s Go To The Dogs Tonight, her earlier memoir of growing-up in Zimbabwe, Malawi and Zambia in the 1970s and 1980s, left a deep impression on me. It’s a powerful and powerfully written story, and my own life shares some similarities, so I was delighted to meet her in person. It was a wonderful, inspiring evening.

Alexandra talked about a lot of things. What particularly strikes me now is what she said about identity. She has in the past been criticised for subtitling Don’t Let’s Go To The Dogs Tonight “An African Childhood” – and for stating that she is an African, “first and foremost.” (I presume the criticisms were mostly because Africa is not a single country.) I wanted to ask her more about what she means by saying she has an African mind and soul, something I’d read in an interview in preparation for the event, but time was short and so I asked another question, one about the long-term consequences of trauma. Nevertheless, this issue about identity is an important one for me.

I was born in South Africa, but left when I was seven, so my time in Southern Africa was much shorter than Alexandra’s, and when I do visit, I don’t have a feeling of coming home, unlike Alexandra. I have three passports, South African, Canadian and British. I was educated mostly in England, but have lived many years in Canada and Ireland, and have lived for extensive periods in other countries: Greece, Germany, France, Australia. On ‘the road’ throughout Asia.

I have struggled to find ‘home’. I am not even sure what it means to feel ‘at home’ in a place – a town, a country, a house or apartment. In my body, even. I know they (who are ‘they’?) say “Home is where the heart is,“ but this has never been much solace or use.

As I grew up, I began to identify myself as European. I felt at ease in Paris, London. In Berlin and Athens. I loved sitting in cafés, people-watching. I loved to discuss art, philosophy and Life in General. The authors I read were predominantly English, French, German (in translation) and, of course, the Greek classics (my degree is in Ancient Greek). I thought I felt European. It’s what I told people when they asked. It was better than saying ‘English’ because I certainly didn’t feel English, and the English certainly seemed to think I wasn’t one of them. I could hardly call myself French, or German or Greek.

So European it was, until someone I respected laughed out loud when I told them.

I instantly rejected this assessment. I’d been living in Canada for many years, and had a Canadian passport, and even a Canadian husband for a while (but he had Japanese heritage and was born in Buffalo, New York…), but me, North American? No, never. And definitely not Canadian (I had absorbed the usual (boring) judgements about Canadians: “boring”).

But as the years went on, and my little struggle for identity put on the back burner as there were so many other things to worry about, I realised that I felt more at ease amongst Canadians and Americans. I loved them for their (generalisation alert) friendliness. When meeting someone new, if they were North American, I felt as if was actually worth meeting. But when presented to a new person who happened to be English, the experience was vastly different. The unspoken phrase was the same: “Hello, and who are you?” but the Americans said it with bright, open friendliness and the English with a guarded suspicion.

So I re-aligned my compass: perhaps I had a North American soul, even though I was not born there and nor were any of my ancestors, as far as I knew.  If I include my reading habits, and indeed where I’m mostly published, my preferences in literature have become quite ‘North American.’

But still I wondered.

When I read about how Alexandra Fuller felt about Africa, I began to think perhaps I too had an African ‘soul’, that in spite of my few years in Southern Africa, and not feeling ‘at home’ there, I had been indelibly imprinted in some way. 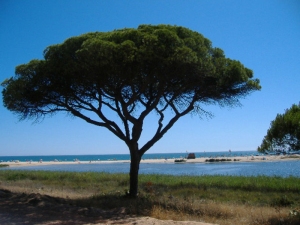 I have a very strong (positive) emotional response to certain landscapes, climates, trees and sounds.  I love the hot, the dry, the subtropical, I love the umbrella pines of the Mediterranean. The sound of crickets has an instant calming effect on my body. I crave the gold and sand colours of the desert; I crave huge vistas and vast night skies. (I fell in love with Australia for all those things.)

My idea of heaven is a languid late afternoon sitting on a verandah watching the sun go down. 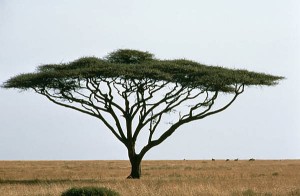 The iconic tree of Africa is the umbrella thorn acacia, very similar to the umbrella pine. I was born in Johannesburg, which has a subtropical climate, but I remember it for its hot days and cool, ‘desert’ nights, night so pitch you can barely see your hand in front of your face, stars bright enough to hurt. My few trips back to South Africa have included many long evenings watching stars, listening to the night sounds (sipping something cold and alcoholic).

And then yesterday, I heard Alexandra Fuller say (I’m paraphrasing) “The trouble with having a national identity, is that you end up having to fight for it.”

A penny finally dropped. Yes, of course there are so many aspects of Africa, of Europe, of America, of the people who live there, that I love, that I identify with, that I yearn for when I’m not there.  But perhaps I don’t need to keep searching for one particular national identification.

In the past I have sat in meditation for hours, for days, in fact, asking the question: “Who am I?”

The answer to this question is unsayable. Not because I don’t want to say it, but simply because the answer is ineffable.*

Sometimes, when I’m feeling particularly awry, wherever I am, I whisper to myself “I am here.” 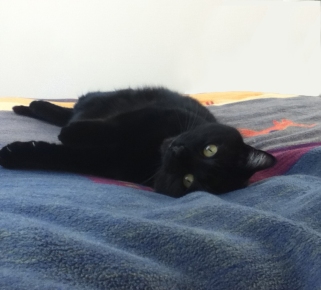