War
“I love its voice, both for the deadpan implacability of its anger and poignant intensity of its shame, as well as, of course, its negotiation of the personal and the political.  I love, too, that it manages to generate such quiet lyricism, as well: moments like those black men in overalls raking the short grass “gently like it was hair.””
Jim Shepard, March, 2009

So Long Marianne
Excerpts of Reviews of Unthology no 3 from Unthank Books:

“ ‘So Long, Marianne’, by Sandra Jensen…explained that this was much more than a collection of fantasy tales, with a relevant tale that begins with, “When Mariane asked me to help her kill herself, I thought it would be relatively easy.” The first person narrative provides a gut-wrenching insight of the perspective of someone playing party to euthanasia. Jensen’s narrative, with infrequent and unmarked speech, revolves mainly around the accomplice and the emotional effects, allowing a truly unique voice to become apparent through the inspired tale.”
Sabotage, Charlotte Barnes, October 16,  2012

“…I will quickly discuss the three stories that most stood out for me. Sandra Jensen’s ‘So Long Marianne’ is an eight page tale which pulls the reader through the various emotions of a person considering whether or not to assist a friend with their suicide. That may sound slightly depressing, but Jensen manages to weave plenty of humour and irony in there, whilst also having a little dig at the ease of access that the internet provides to modern day society.”
Bookmunch, Fran Slater, October 11,  2012

Write or Die
Excerpts of Reviews of Unthology no 1 from Unthank Books:

“…among my favourites was Write or Die by Sandra Jensen. For a start, it is a gripping tale well told. But it is also cleverly written in the accent of the poorly educated, main character (the narrator), with all the appropriate misspellings and grammatical errors you would expect. Jensen uses this technique well, drawing the reader into the character’s world without sacrificing pace or readability.”
Eastern Daily Press, Andrew Smith, 4 December, 2010

“In Sandra Jensen’s Write or Die, we witness the breathless confession of Dale, foul mouthed and virtually illiterate, yet imbued with a sense of righteousness and a poetry of vision reminiscent of a figure from Faulkner. A small tragedy is minutely examined within the grinding routine of a poor farming community, the tension of every moment diamond-hard and clear.”
Ink, Sweat & Tears, Sarah Bower. 20 January 2011

“Also of note is Sandra Jensen’s impressive Write or Die which showcases a writer’s narrative control in a dark, well-paced and original piece – a prisoner’s confession of a murder written entirely in dialect.”
The Short Review, Mira Mattar 8 March, 2011 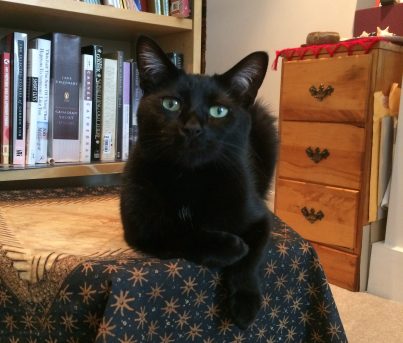